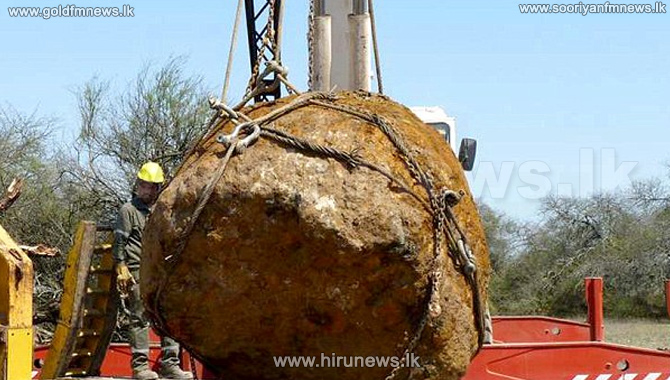 Astronomers in Argentina have unearthed what some believe could be the second largest meteorite ever found on Earth.

The meteorite was discovered on September 10 in the town of Gancedo, 1085km north of Buenos Aires.

At this point the large rock that was excavated a few days ago from Campo del Cielo — a well known meteorite crash site in Argentina — is still just that: a very large rock.

But further investigation by scientists will determine if it actually is, as some reports have already claimed, the second largest intact meteor discovered on Earth.

Firstly the rock needs to be confirmed as a meteorite via comprehensive testing of its material. Given it was discovered in a place renowned for being struck with iron meteorites, it seems likely the object will prove to have celestial origins.

“It was in Campo del Cielo, where a shower of metallic meteorites fell around 4000 years ago,” the team was quoted saying in local media.

The other factor that will determine its place in the history books is its weight. Believed to weigh about 30 tonnes, it will need to be properly weighed to determine its precise size.