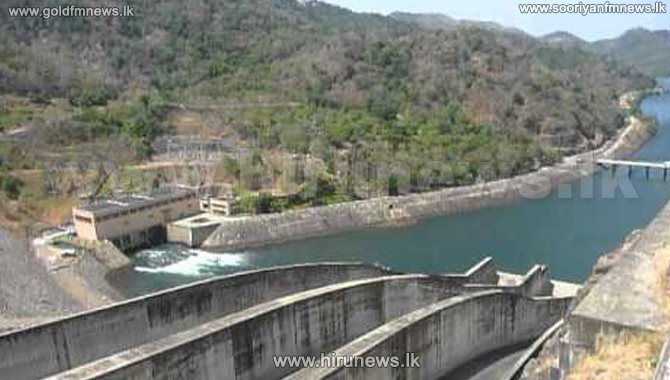 Irrigation Department Director General S.L.S. Weerasinghe told our news team that water levels of reservoirs being overseen by his department have also decreased.

Ceylon Electricity Board media spokesman Sulakshana Jayawardana told our news team that the decrease in water levels would not affect the generation of electricity.

Nearly 6000 families of Dimbulagala, Tamankaduwa and Welikanda Divisional Secretariats of the Polonnaruwa District have faced drinking water problems due to the lack of rain.

Polonnaruwa District Secretariat spokesman stated that drinking water is being distributed to these areas by water bowsers from the Water Supply and Drainage Board.