Wimal questioned for 7 hours; Chanuka Rathwaththe and 4 others remanded 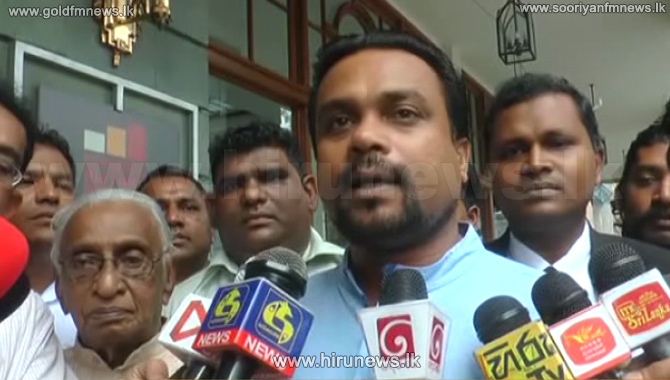 NFF leader MP Wimal Weerawansa was questioned by the FCID for over 7 hours today.

Weerawansa was questioned over the alleged abuse of vehicles belonging to the Housing, Engineering and Construction Ministry during his tenure as the minister in charge.

In addition, the FCID arrested five suspects including a brother of MP Lohan Ratwatte, Chanuka Ratwatte in connection with a financial misappropriation committed at the Colombo Stock market.

Later, the suspects were remanded till September 28th when they were produced before the Colombo Fort Magistrate.