GMOA members at the Education Ministry demanding schools for children 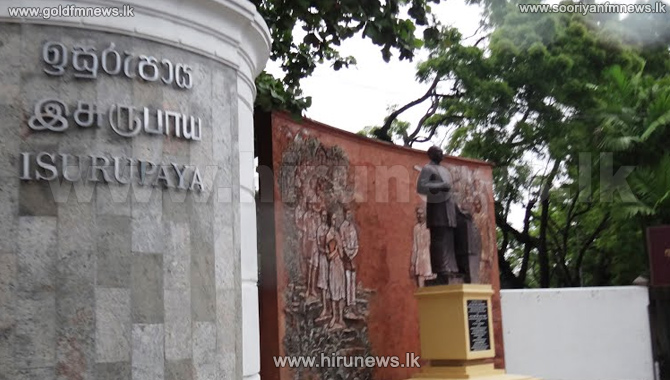 Over 200 members of the Government Medical Officers Association who have currently occupied the auditorium of the Education Ministry are demanding a meeting with the minister in charge over the Grade One admission dispute.

The members of the GMOA visited the Education ministry this morning complaining that their children have not been admitted to popular schools as yet.

Member GMOA central working committee Dr. Prabhath Sugathadasa stated that his fellow members will not leave the Education ministry premises until they are provided a meeting with the minister.

Meanwhile, the media unit of the Education Ministry released a notice this afternoon with regard to the demand by the GMOA.

The Education Ministry states in its communiqué that the GMOA has been continuously pressurizing the education ministry that their children should be admitted to popular schools.

The communiqué further states that even though there 352 national schools functioning throughout the country, the GMOA members are demanding their children be admitted to 12 popular schools.

Meanwhile, the GMOA has decided to launch a token strike tomorrow based on this dispute.

Accordingly, the token strike will be launched in government hospitals in the districts of Kurunegala, Kandy and Matara.