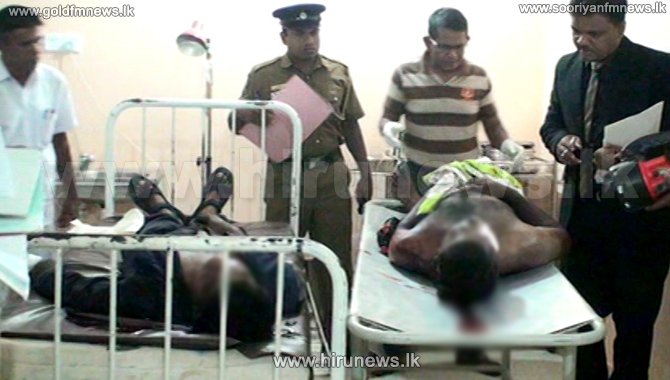 Two youths were hacked to death in Meegahajadura area in Sooriyawewa last night.

They were killed following an argument between two groups. Police said the groups were under the influence of alcohol when the incident took place.

The deceased were a 23-year-old young man from Suruwirugama area in Sooriyawewa and a 31-year-old Navy official from Weligama area.