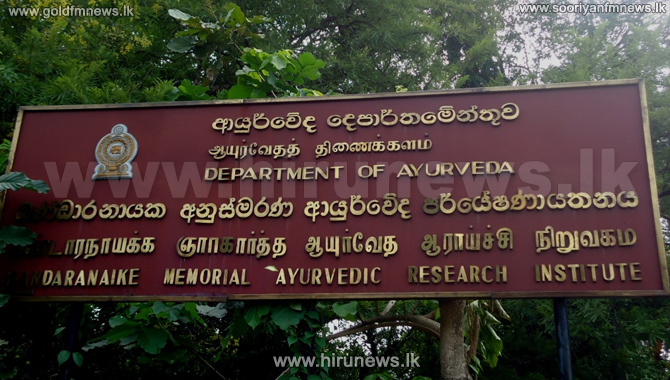 Health Minister Rajitha Senaratna says that it was decided to indefinitely close down the Ayurveda Corporation at Navinna.

The reason for this is the uninterrupted protests its employees staged against its Chairman and Managing Director.

The protests continued on yesterday while the Chairman and Managing Director on site at the Ayurveda Corporation with police protection.

The two had left the Corporation premises at about 7.00 p.m. with police protection.