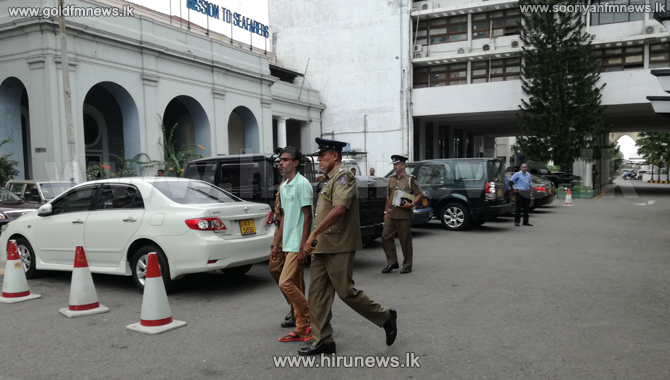 The youth from Bandagiriya G.G. Gayashan who was reported missing while in police custody has been arrested today.

DIG Ajith Rohana noted during a media conference held at the police headquarters today that the suspect was later brought to the police by an incumbent monk at the temple.

Gayashan was arrested by Hambantota police in for allegedly stealing paddy at Yahangala in Bandagiriya on September 5th.

A day after the arrest, police informed the relatives of Gayashan that he had escaped from police custody.

However, Gayashan’s farther charged that his son disappeared while in police custody.

Later, Tangalle Crime Division initiated investigations into the incident and five policemen including the OIC of Hambantota Police Station were transferred.

In addition, four other policemen were interdicted today on the charges for not performing their duties.