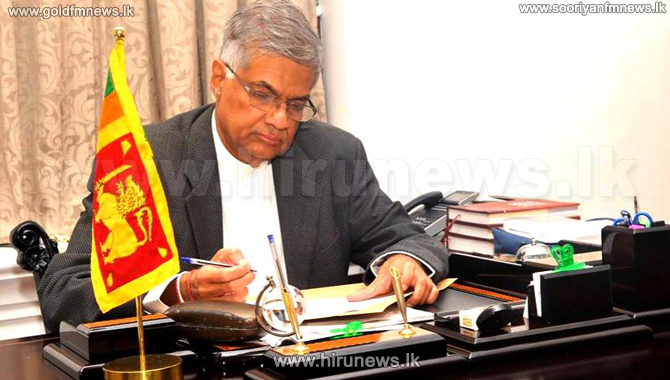 In response to a protest launched by the GMOA demanding their children be admitted to popular schools, the premier expressed his views on his Facebook account today.

Over 200 GMOA members occupied the auditorium of the Education Ministry yesterday demanding a meeting with the subject minister over the admission dispute.

As their attempt failed, the protestors spent the night within the premises of the Education Ministry.

Meanwhile, the protesting doctors left the Education Ministry premises after the Kaduwela Magistrate issued a ruling that protestors should evacuate the ministry premises.

In the meantime, a tense situation erupted as protesting doctors found that their vehicles parked inside the ministry premises had been deflated.

Later, police intervened in the matter to repair the deflated tires.

Meanwhile, functions of government hospitals in the districts of Kurunegala, Kandy, and Matara were disrupted from 8 am to 12 noon due to the token strike launched by the GMOA over the Grade one school admission dispute.

The doctors’ trade-union action caused inconvenience to the patients who sought treatment at these hospitals.