Tanks dry up due to the dry climatic conditions 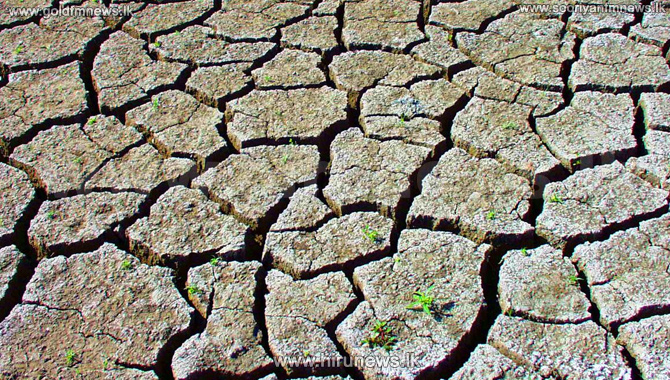 Water levels in reservoirs have decreased to 35 per cent due to the dry climatic conditions, the Department of Irrigation states.

Twelve houses were damaged in Siyambalanduwa due to the winds. The rains were witnessed after three months of dry climate.

The Meteorology Department stated that fairly strong wind at times (up to 50kmph) is expected to continue over the North-central, Southern provinces and in the central hills.

Light showers are likely at several places in the Western, Sabaragamuwa and Central provinces, and in the Galle and Kurunegala districts.

Thundershowers may occur at a few places in the Northern and Uva provinces and in the Batticaloa and Ampara districts after 2.00 p.m.