Action taken against relatives who gave refuge to Bandagiriya 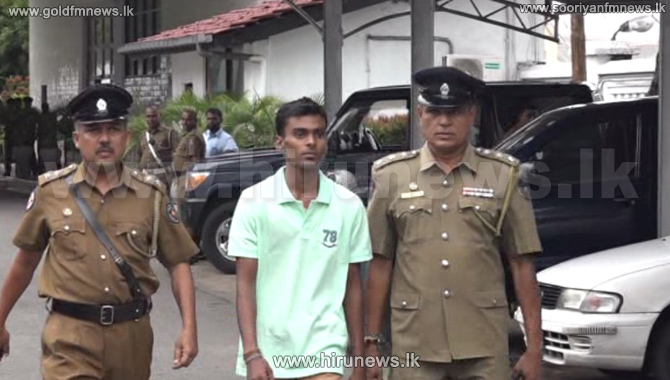 Police have drawn attention to take legal action against the relatives for harboring the Bandagiriya youth after he escaped from police custody.

The youth was arrested in connection with the theft of paddy, by the Hambantota police several days ago.

A senior member of the police investigations team stated that the relatives of the suspect could be sued for harboring the suspect and, aiding and abetting such acts.

Earlier, G.G. Gayashan was reported missing from Hambantota police custody and he was arrested by police yesterday.

Later he was remanded until the 21st when he was produced before Hambantota Chief Magistrate Manjula Karunarathna.

Before the suspect was produced before Court, he was questioned by police extensively last night and the suspect has confessed to police that he fled from police custody intentionally.

The suspect has told police that he refused to use the toilet inside the police cell.

Subsequently, he was escorted to another toilet in the police premises.

He has also confessed that the guard was not sighted in the vicinity when he came out from the toilet and, he used the opportunity to flee.

It is also revealed that he directly visited a relative in Weeraketiya and, informed his sister that he was present at the relative’s home.

At the same time, it was revealed that two of his brothers visited him at the relative’s house in Weeraketiya during that period.

He has also divulged that, in addition to being with the relative, he had stayed with two other relatives.

The senior police officer attached to the investigative team stated that police expect to record statements from the relatives who had harbored the suspect, aided and abetted him to abscond police.

Meanwhile, police have recovered a part of the paddy sacks stolen by the suspect.

The senior police officer further said that the statements given by the other two suspects who are now on police bail, have certainly proved that this suspect was directly involved in the theft.