Theresa May could begin Brexit process by February, says Tusk 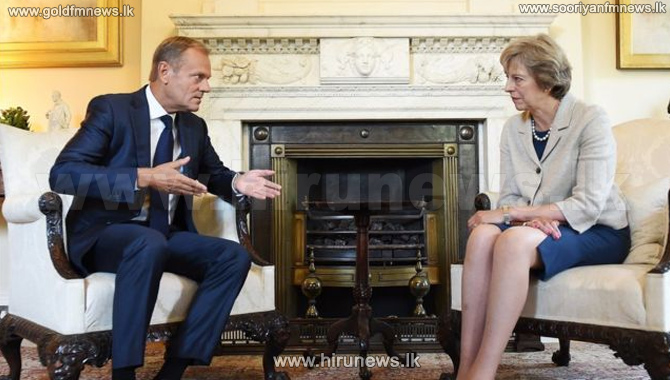 UK Prime Minister Theresa May is likely to trigger the formal process of leaving the European Union early next year, according to a top EU official.

European Council President Donald Tusk said Mrs May had told him the UK could be ready to begin talks by February.

The BBC's Tom Bateman says this is the clearest sign yet of when the two-year withdrawal process may start.

Mrs May's office said it would not be launched this year, but did not confirm Mr Tusk's account.

Formal negotiations over the withdrawal cannot begin until the UK triggers Article 50 of the Lisbon Treaty, the formal mechanism for leaving the union.

The timing of the process has so-far been clouded by uncertainty, with no clear signal from Mrs May's government on when it would begin.

There is also confusion over the nature of the the UK's future relationship with the bloc, especially whether it intends to remain a member of the single market.