Code of Ethics for the Police 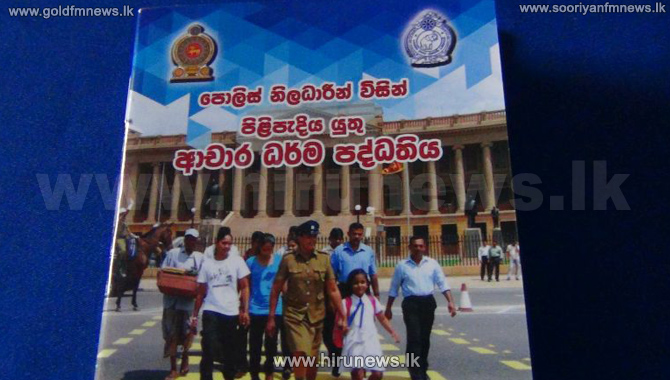 The signing and pledge of adherence to the Code of Ethics introduced to the police officers by the National Police Commission was held island-wide this morning.

The main event of the ceremony which covered police stations island-wide, was held under the patronage of IGP Pujith Jayasundara at the Police Headquarters in Colombo.

Secretary of the National Police Commission Ariyadasa Cooray told our news team that 80,000 police officers made a pledge on the code of ethics comprising 45 clauses.

He further noted that the commission would monitor to see if the officers adhere to the code of ethics that was introduced to provide a better public service.