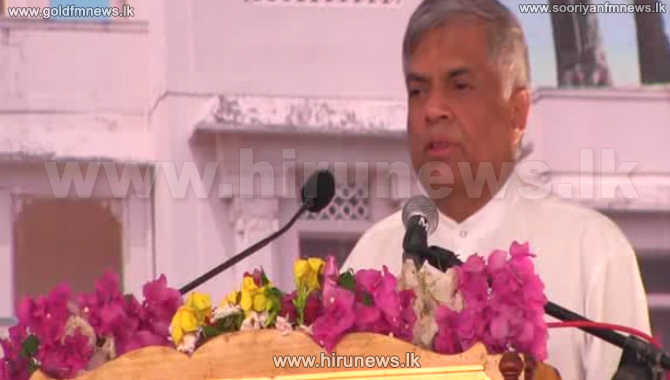 Prime Minister Ranil Wickremesinghe says that the government’s aim is to devise a unanimous constitution with the support of all stakeholders.

The Premier stated this while participating in an opening ceremony of Jaffna district new administration complex today.

The government has spent a sum of Rs. 85 million for the construction of the administration complex.

Later, addressing the gathering Prime Minister Ranil Wickremesinghe reiterated that both main parties hold the same stance with regard to the constitutional amendments.

Responding to the claims made by certain factions saying that the new constitution would affect Buddhism, the Premier noted that Buddhism has been well established in the country; therefore, he added that there is no point in raising views on the matter.