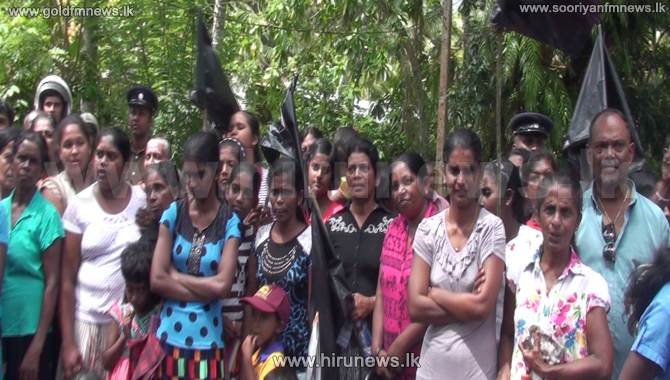 Tense situation erupted when a group of residents protested at the Habaraduwa Rural Hospital today, due to the admission of a patient suffering from Tuberculosis.

The protestors charged that there is an attempt to shift the TB Ward to Habaraduwa Hospital from Udugama Hospital.

SLFP organizer of Habaraduwa electorate, Minister Chandima Weerakkodi approached the protestors and held a discussion on the matter.

Later the Minister noted that he intends to discuss with regard to the matter with the Provincial Health Services Director tomorrow.