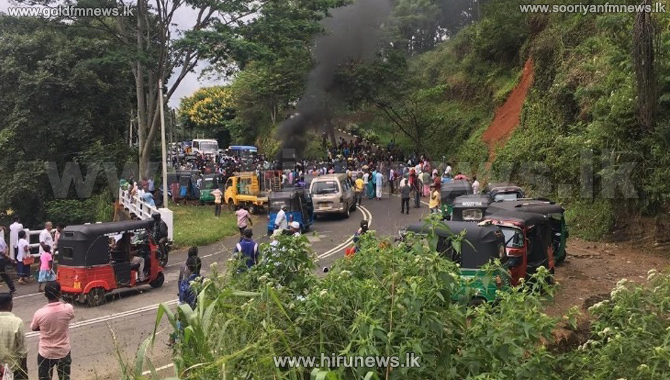 A man who was arrested by Pussellawa police under warrants has committed suicide by hanging within the police cell.

A spokesman of the police noted that the 30 year old suspect used his shirt to hang himself.

Immediate measures were taken to send him to the hospital, however, it was reported that the man has died prior to admission.

The deceased person had been previously ordered by the court to engage in community service, after he was found guilty for an offence.

However, the court has ordered an arrest warrant again for the man, after he had failed to do so.

Accordingly, the man was taken into custody by the police.

However, a brother of the deceased suspect told our news team that he is suspicious of his brother’s death.

Meanwhile, the Police Headquarters made a statement short while ago, noting that two police officers attached to the Pussellawa Police have been interdicted in connection with the incident.