8 hour operation to douse the fire in Wattala Plastic factory 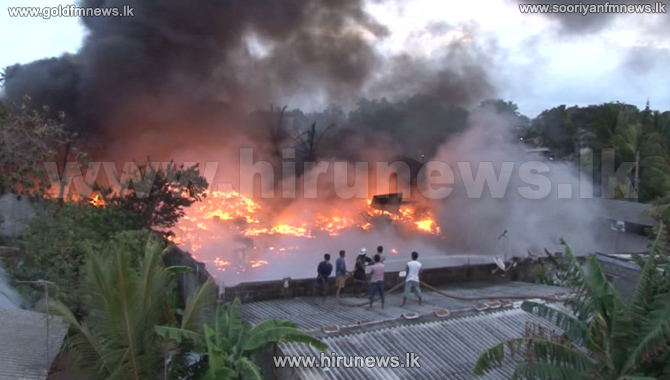 The fire which erupted at a plastic factory in Dippitigoda in Hunupitiya, Wattala this dawn was doused a while ago.

The Fire Brigade said that the fire which erupted at around 4 this morning spread across a large area.

Six fire trucks were deployed to bring the blaze under control.

A spokesperson said that after a nine hour long effort the blaze was completely doused.

It was also revealed that safety measures had not been in place at the factory while the exact reason for the fire is yet to be ascertained.