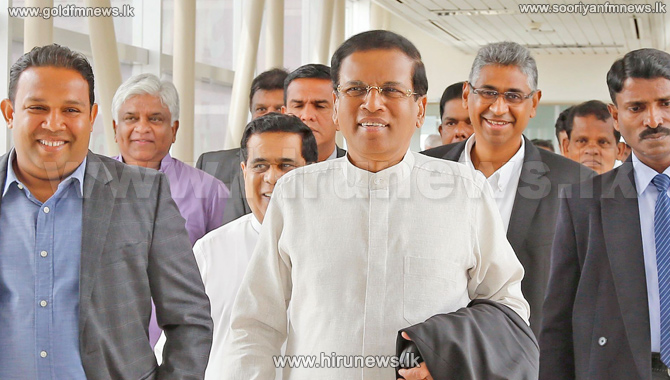 President Maithripala Sirisena arrived in New York a short while ago, to attend the 71st General Assembly of the United Nations to be held at the UN Headquarters.

This year's General Debate will begin on Tuesday, with President Sirisena scheduled to address the world body on Wednesday, September 21.

It will be the second time that President Sirisena is addressing the UN General Assembly.

Minister Mangala Samaraweera, who is In New York stated that the international community is directing more focus to the views that will be expressed by President Maithripala Sirisena.