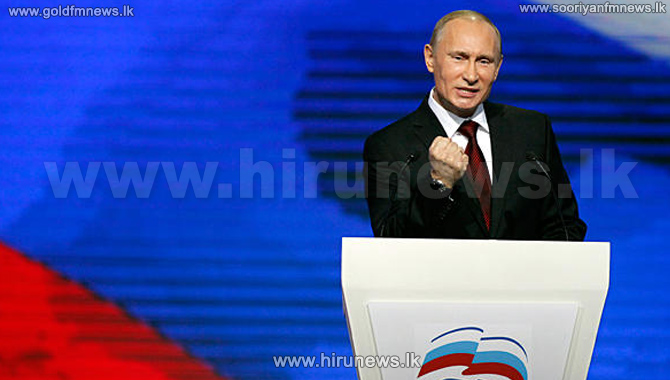 President Vladimir Putin declared victory on Sunday after Russians voted in a new parliament that maintains his ruling party’s dominance, despite a sharp drop in election turnout.

Four registered parties, all broadly pro-Kremlin, were set to win places in the 450-seat Duma, or lower house of parliament, according to preliminary results. The latest exit poll showed the ruling party, United Russia, was poised to win 50.3% of the vote—slightly more than it received in 2011 elections despite surveys showing a sharp drop in support since Russia fell into recession nearly two years ago. Election officials said final results were expected Monday.

Turnout hovered around 40%—down from 60% in 2011 and the lowest since Russia became an independent country a quarter of a century ago—showing palpable voter apathy, particularly in the country’s biggest cities, Moscow and St. Petersburg.

“For United Russia, what is important is the result,” Mr. Putin said at the party’s Moscow headquarters late Sunday.

Authorities had gone to great lengths to portray a clean and transparent vote, after parliamentary elections five years ago were marred by allegations of widespread fraudand tens of thousands of people took to Moscow’s streets. For Sunday’s vote, hundreds of international observers were invited and the Kremlin’s former human-rights ombudsman, Ella Pamfilova, was appointed to oversee it.