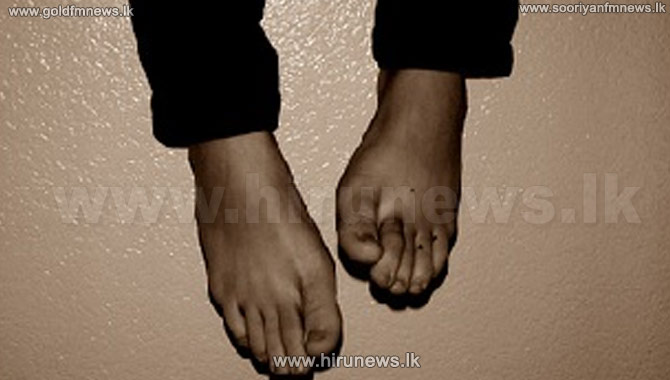 A detainee at Matara prison has committed suicide by hanging himself inside a toilet.

Prison Media spokesman Thushara Upuldeniya stated that the body of the detainee was discovered this morning.

The deceased has been identified as a 48-year-old man from Nadugala.

On September 14th, the deceased had been found guilty of rape and was sentenced to 10-years imprisonment by Matara High court.

Meanwhile, an open verdict has been issued over the death of another detainee who committed suicide by hanging inside a cell of Pussallawa police recently.

Following the incident, the Pussallawa OIC has been transferred to Gampola police station until the investigation is completed.

A sub police inspector and a constable attached to Pussallawa police were interdict-ted in connection with the incident.

Meanwhile, Minister of Law and Order Sagala Rathnayake said that he instructed the IGP to take action to install CCTV cameras in cells at all police stations throughout the island.

The minister stated this at a ceremony held in Jaffna yesterday.