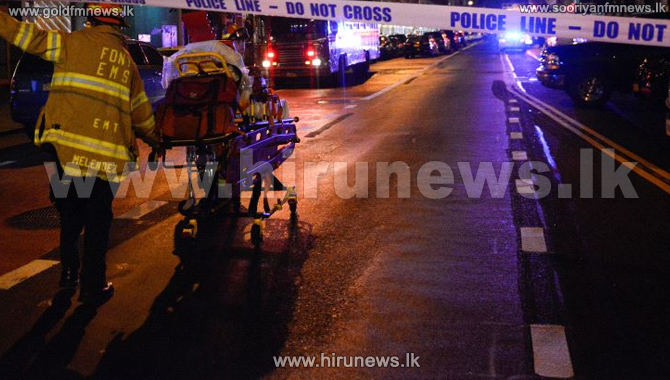 Three pipe bombs and two other devices have been found near a New Jersey station as five suspects were detained in relation to the Manhattan dumpster blast.

Police were warned by an anonymous caller that more explosions would follow Saturday's bombing in New York.

Trains travelling through the station in Elizabeth, NJ, were suspended and homes and businesses evacuated after the suspicious package was found on the tracks, according to CBS local media.

A hazmat team was called to the scene and Union County Bomb Squad brought in a robot as trains on the Northeast Corridor between Newark Airport and Penn Station were cancelled.

The news comes as five people were arrested in Brooklyn, 24 hours after Saturday night's bombing in New York's fashionable Chelsea district, in which 29 people were injured.

The suspects were in a "vehicle of interest" heading east at around 8.45pm Sunday night Eastern Time on the Belt Parkway from the Verrazano-Narrows Bridge, the FBI confirmed. A weapons stash was found inside the SUV, the New York Daily News reported.

A government official and a law enforcement official who were briefed on the investigation said the five people were being questioned at an FBI building in lower Manhattan.