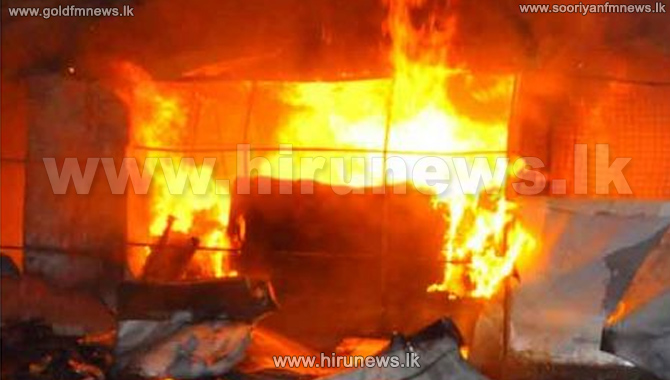 A non-academic worker of Uva Science College at Hali-Ela died upon admission to hospital, after a fire erupted in a building at the school.

Reports indicated that the fire had erupted in a store room due to a current leak from a welding machine.

The machine operator had escaped immediately after the blaze erupted, however, the non-academic worker who was also present in the store room, sustained critical injuries.

The victim, was rushed to the hospital, but later succumbed to injuries.

The fire was doused by the fire brigade of Badulla Municipal Council.

Reports further noted that the blaze had caused damages to the building and the furniture.