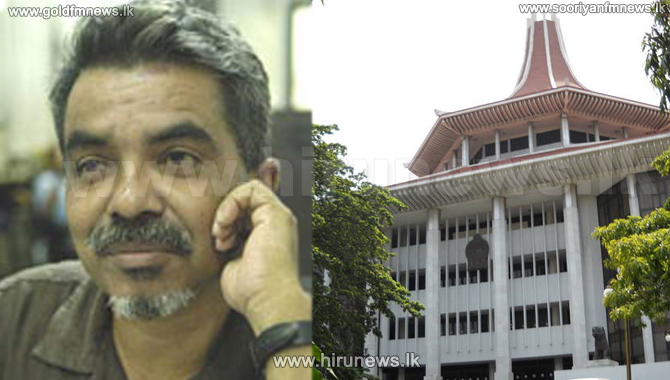 Four members of the Army Intelligence Unit, who were detained in connection with the disappearance case of journalist Prageeth Eknaligoda, were granted bail by the Avissawella High Court today.

In addition, the suspects have been ordered to report to the CID on each Sunday.  The Court impounded the passports of all suspects.

Journalist Prageeth Eknaligoda was reported missing on January 24th , 2010 just 2 days prior to the Presidential election which was held the same year.

10 army officers were arrested in connection with the incident and the second suspect of the Case, a Lieutenant Colonel, was granted bail on May 27th.

The Supreme Court granted leave on June 1st to proceed the fundamental petition filed by army officers who were arrested in connection with the Eknaligoda’s disappearance Case.