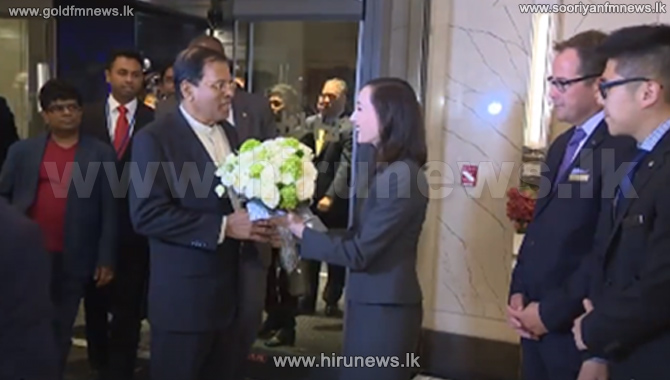 President Maithripala Sirisena who arrived in New York today to attend the 71st UN General Assembly, is expected to participate in the Clinton Global Initiative held at the Sheraton Hotel.

The 71st UN General Assembly will commence tomorrow and will continue until September 23rd.

Leaders of 140 countries will participate in this year’s summit, which will be held under the theme - “The Sustainable Development Goals: A Universal Push to transform our World”.

President Maithripala Sirisena is scheduled to address the General Assembly on September 21st.

He is also scheduled to participate in the open diplomatic relations program to be held at the UN Headquarters.

Another summit jointly organized by the US and the UN on Refugee and migrants will be held in conjunction with the UN General assembly.

Expressing his views on the country’s participation at the 71st UN General Assembly, Foreign Minister Mangala Samaraweera told our news team that the international community is paying close attention to the proposed address by the Sri Lankan President.