35 killed after bus falls into pond in eastern India 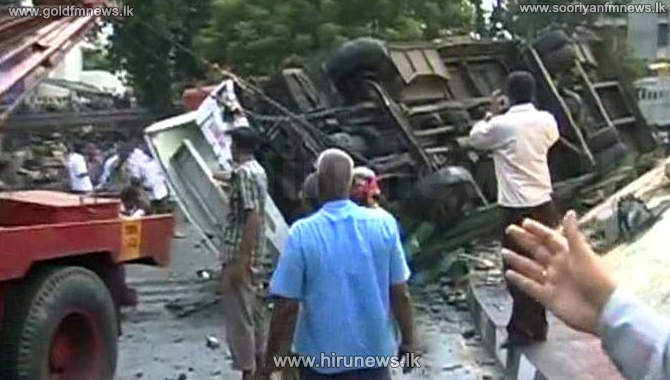 At least 35 people were killed Monday after an overcrowded bus carrying them skidded off the road and fell into a pond in India's eastern state of Bihar, officials said.

The accident took place in afternoon at Shivnagar village in Madhubani district, about 180 km north of Patna, the capital city of Bihar.

"Am deeply heartbroken over the killing of 35 people in bus accident in Bihar," Lalu Prasad Yadav, a senior politician from Bihar said.

According to India's official television news channel, Doordarshan, so far 35 bodies have been fished out from the waterbody.

Following the accident, authorities rushed disaster response force personnel and police to the spot to rescue the survivors and fish out bodies from the pond.

Bihar Chief Minister Nitish Kumar has expressed deep sorrow over the accident and instructed two of his ministers to rush the site.

Preliminary investigations by police suggest the accident was caused after driver lost control over the bus.

Reports said over 65 passengers were in the bus at the time of accident. However, few of them survived the accident.

Officials fear death toll in the accident could go up to 50.

"The private bus was carrying 65 passengers," an official said. "After the accident some of the passengers swam to safety and there are fears that death toll could mount to 50."