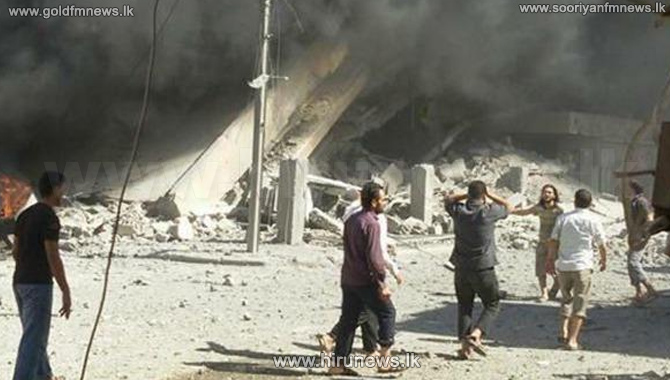 A convoy of aid trucks was hit by an air strike near the Syrian city of Aleppo, hours after the military declared the current cessation of violence was over.

One unconfirmed report said 12 people were killed in the attack near the town of Urm al-Kubra.

A UN spokesman said at least 18 of 31 trucks had been hit but could not confirm it was by an air strike.

UN Special Envoy for Syria, Staffan de Mistura, said it was an "outrage", and added that the convoy was the outcome of a long process of permission and preparations to assist isolated civilians.