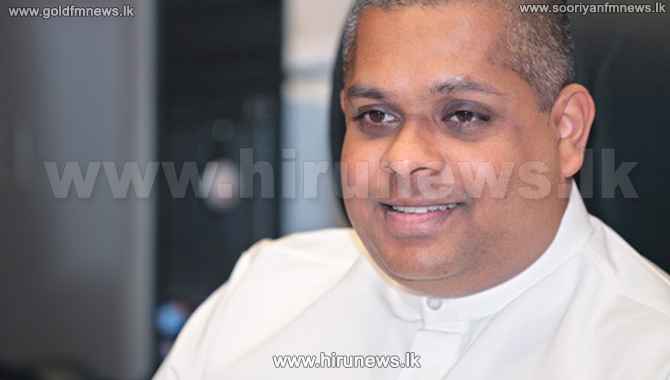 He was arrested over the allegations of incurring Rs. 883 million loss to the state as he served as the CEO of Mihin Lanka.

The Commission has also filed another case against Sajin Vass for failing to declare his assets and liabilities.

It has been reported that neither Yoshitha Rajapaksa nor his grandmother Daisy Forrest were present at their property on Mihindu Mawatha in Dehiwala when the FCID arrived, to survey the property this morning.

A representative from the defendant faction was not present either.

Acting on a Court order, a group of FCID officials arrived at the property around 10.00 this morning to carry out a survey of the 50 million rupees property.

On September the 15th the Mt. Lavinia Magistrate ordered that a survey of the disputed land be carried out.

Yoshitha Rajapaksa and Daisy Forrest were ordered to be present at the property along with their documents of proof.

Six surveyors attached to the Department of Survey and the Survey Authority were present this morning.

A senior FCID officer said that the officials waited at the property for two hours, however the defendants did not return.

He said that failure of the defendants to honour the court order will be reported to Court.