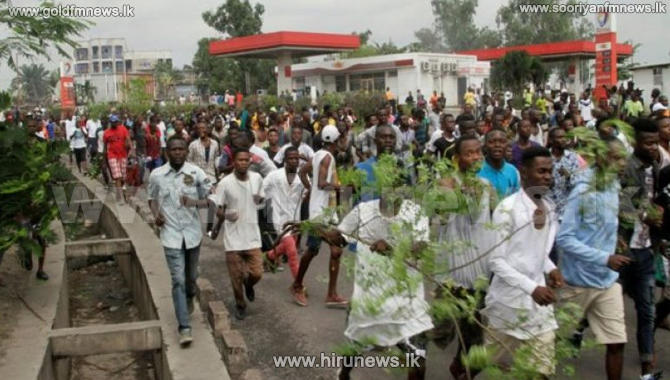 At least 17 people have died in the Democratic Republic of Congo during protests calling for President Joseph Kabila to step down.

Some say, 50 people died, with Protesters setting up barricades and torching cars on one of the main roads in Kinshasa, the country's capital.

Most schools and shops are closed in Kinshasa. President Kabila's 2nd term, is due to expire on 20th December.

DR Congo has never had a smooth transfer of power since independence more than 55 years ago.