A counter challenge against the GMOA 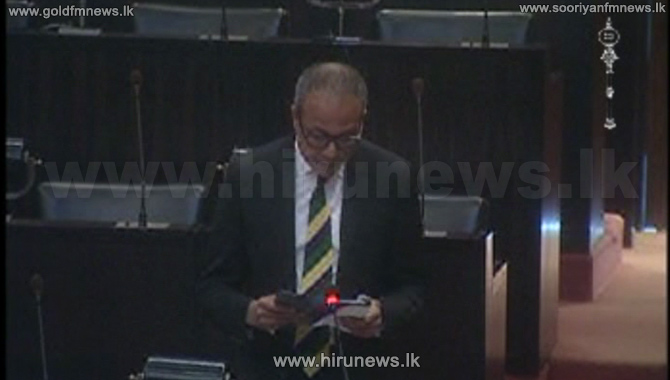 The Education Minister Akila Viraj Kariyawasam stated today that he will counter challenge the GMOA members as no child has been admitted to any school out of the standard procedure.

Minister Kariyawasam posed his challenge before the GMOA members while making a special statement in parliament today.

Meanwhile, MP Dinesh Gunawardana questioned the suicide of a detainee inside a police cell in Pussallawa.

Answering the MP, Law and Order Minister Sagala Rathnayake said that due action has already been taken in connection with that incident.