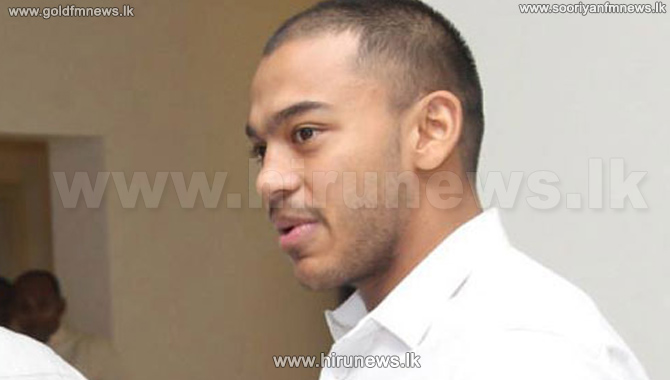 The Commission to Investigate Bribery or Corruption filed a resubmission against granting bail on Avant Garde chairman Nissanka Senadhipathi and one of his directors Retired Major General Palitha Fernando.

The Bribery Commission requested the High Court in its resubmission to overrule the order issued by Colombo Chief Magistrate Gihan Pilapitiya and annul his order to grant bail for the two suspects.

Nissanka Senadhipathi and Palitha Fernando were arrested recently in connection with 3.55 million rupees misappropriation and were bailed out later.

Meanwhile, former MP Sajin Vass Gunawardana who was in remand in connection with making 883 million rupees loss to Mihin Lanka has been released on bail this morning.

When the Case filed against him by the Commission to Investigate Bribery or Corruption before Colombo Chief Magistrate Gihan Pilapitiya, the suspect was released on 250 thousand cash bail and 4 surety bails of one million rupees each.

The Case against Sajin Vass Gunawardana was filed on August 16th for making a loss of 883 million rupees to Mihin Lanka during his tenure of the company as its CEO.

The Bribery and Corruption Commission has also filed another Case against Sajin Vass Gunawardana for not declaring his assets and liabilities.

Travelling overseas has been banned for Yoshitha Rajapaksa following several Cases being pending at the Kaduwela Magistrate Court.