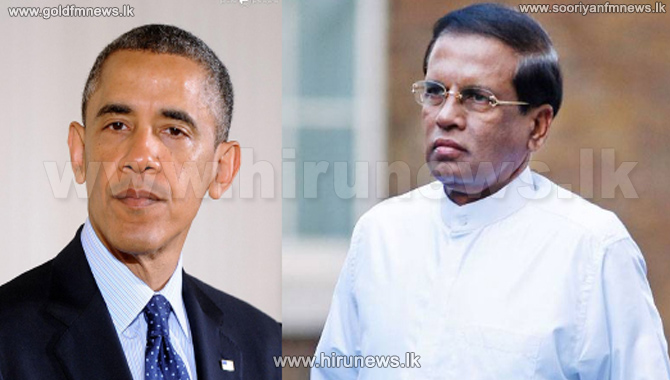 US President Barrack Obama says that the ongoing change in Sri Lanka has set an example to the entire world.

President Obama has expressed these views when he met with President Maithripala Sirisena in New York yesterday.

Meanwhile President’s Media Unit stated that President Sirisena engaged in a telephone conversation with Indian Premier Narendra Modi and expressed his grief over the death of several soldiers in the Mondays attack on Kashmir borders.

He said this to the media about the matters which he expects to draw the attention of the international community.