The sister and brothers of the youth from Bandagiriya remanded 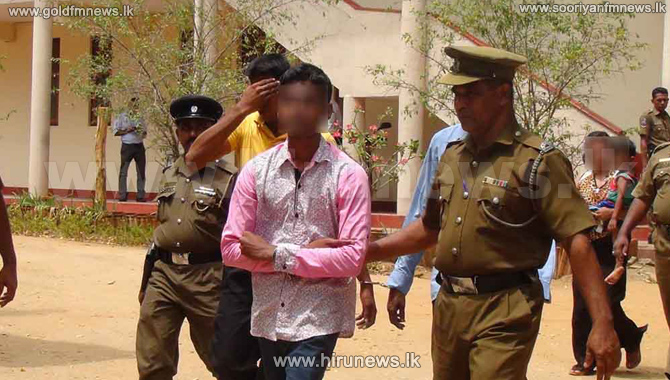 The youth from Bandagiriya who surrendered recently to the police after fleeing from police custody was remanded today until September 30th.

The sister and two brothers of the suspect were also remanded until September 30th when they were produced before the Hambantota Magistrate today.

Tangalle Crimes Division arrested the suspects’ sister and brother from the Hambantota area.

His second brother who is attached to the STF was arrested from the Katukurunda training centre yesterday.

The main suspect has been accused of fleeing police custody and the siblings of the main suspect for harbouring, aiding, abetting and absconding the suspect and, making false statements to the public servants.

Police informed Court that the IGP had granted leave to the suspect’s brother attached to the STF to enable him to trace his missing sibling.

Police also informed Court that investigations revealed that all brothers of Gayashan have visited him while he was in hiding.

Later, the Magistrate inquired from the child whether he wishes to stay with his mother or father.

As the child stated that he wished to stay with the mother, the female suspect was allowed to stay in remand with her child.

In addition, the Magistrate ordered three electronic media institutions to submit their unedited footage of the incident.

Edited visuals of this footage have been used by these media institutions in their news broadcasts.

Meanwhile, the parents and relatives of the suspects who were present in Court today declined to make comments to the media.