The President to address UN General Assembly; Measures to eradicate narcotics will be top on agenda 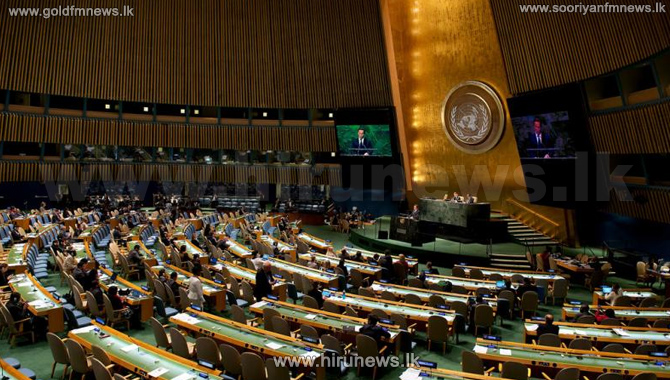 President Maithripala Sirisena is scheduled to address the UN General Assembly this evening in US time.

The President also intends to propose a special program on an international level to eliminate drug abuse, during his address.

Meanwhile, a special luncheon was held yesterday hosted by UN Secretary General Ban-ki Moon for the state leaders participating in the 71st session of the UN General Assembly.

Several state leaders including President Maithripala Sirisena participated in the event, where US President Barack Obama has informed his Sri Lankan counterpart that the transformation taking place in Sri Lanka sets as an example to the world.

The US President has also expressed his wishes to extend support for the country.