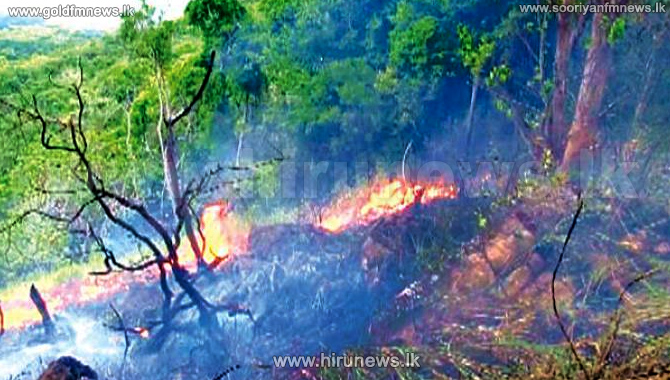 Nearly 2000 acres of the Habarana Hurulu Eco Park was destroyed in the wildfire that broke out last evening.

Police, Sri Lanka Army and wildlife officials were deployed to douse the fire, while two helicopters were also used.

In addition to this two fire trucks of the Dambulla Municipal Council was also sent to the area.