Violence breaks out again in US city after police shooting 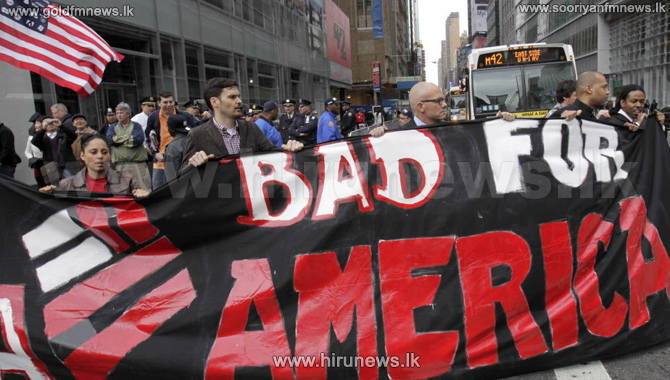 Violence flared in the southern US city of Charlotte, North Carolina, in a second night of unrest ignited by the fatal police shooting of a black man.

Several hundred people taunted riot police in front of a hotel in the city center, during which a man fell to the ground. Witnesses said police brought him into the hotel after he fell, leaving blood on the sidewalk.

Some protesters banged on glass windows, others threw objects at police and stood on cars as police appeared to fire tear gas, prompting demonstrators to run.

Keith Lamont Scott, 43, was shot dead in an apartment complex parking lot on Tuesday after an encounter with officers searching for a suspect wanted for arrest.

The authorities said 16 officers and several demonstrators were injured in clashes overnight Tuesday following Scott's death, the latest in a string of police-involved killings of black men that have fueled outrage across the United States.