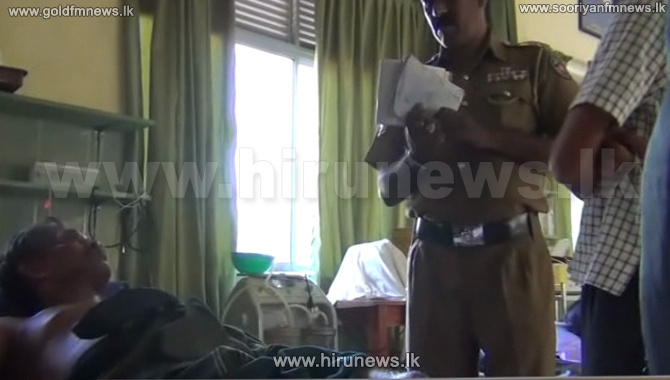 A group of people has assaulted farmers’ association representatives who revealed the illegal sand mining racket in the Mudalakkuliya Wewa in Anamaduwa.

One of the injured persons was admitted to the Anamaduwa District hospital.

The association signed a contact with North Western Department of Irrigation to reconstruct the Mudalakkuliya Wewa on May 10, 2016.

However, it was found that an illegal sand mining was taking place in the guise of reconstruction work. Hiru revealed the racket in 18 this month.

A group of people who were aggravated by the incident has assaulted the association representatives.