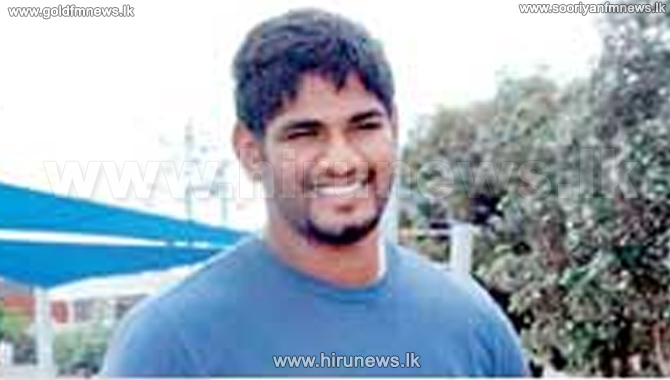 MP Keheliya Rambukwella’s son Ramith Rambukwella has been granted police bail today after he was arrested by police for being under the influence of alcohol.

Ramith Rambukwella was arrested at 6.30 am today.

He has lost control and hit his car on a tree causing damage to the vehicle.

The cricketer was put on a breathalyzer test this morning.

Cricketer Ramith Rambukwella was arrested after an accident at the Independence Avenue this morning.

Cinnamon Gardens Police said the cricketer has lost control of his vehicle and it has veered off the road and crashed on to a tree.

Police also said he was under the influence of alcohol during the incident.