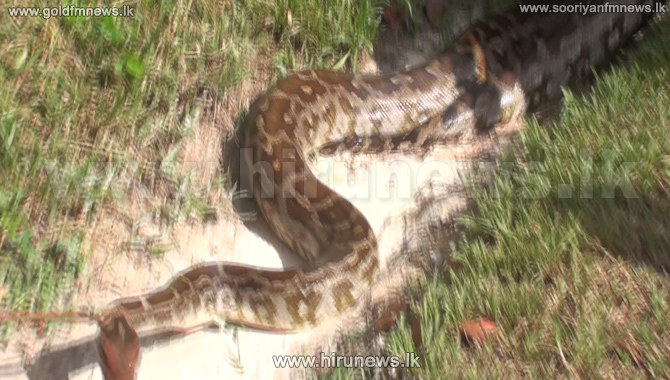 A massive python was found in a house in Thiranagama area, Hikkaduwa.

It was attempting to hunt dogs, reports say.

The owner of the house has captured the python with the help of residents when he found it in his house.

Hikkaduwa wildlife officials have released it to Galle, Kottuwa forest.