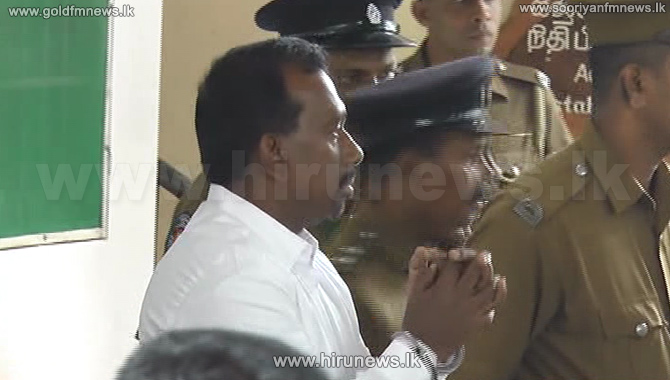 Former sports minister Mahindananda Aluthgamage was further remanded until September 27th when he was produced before Colombo Chief Magistrate Gihan Pilapitiya this morning.

Aluthgamage was arrested by the CID on September 15th in connection with his failure to declare the sources of income which he spent to put up a house of 27 million rupees on Kinsey Road Colombo 7.