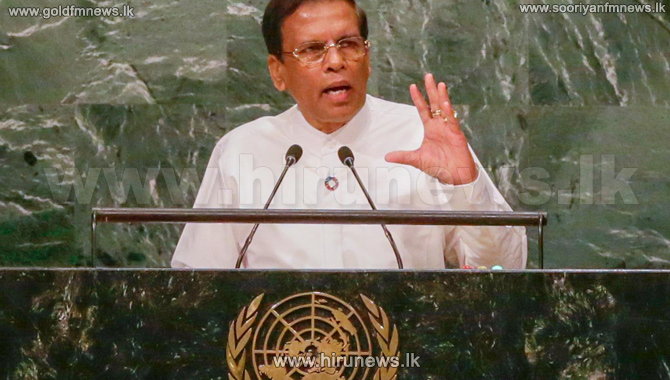 President Maithripala Sirisena says that a home grown development vision will be adopted in his effort to build the country.

The President stated this at the 71st General Assembly of the United Nations held early this morning.

The President also met US Secretary of State John Kerry at the UN Headquarters in New York yesterday.