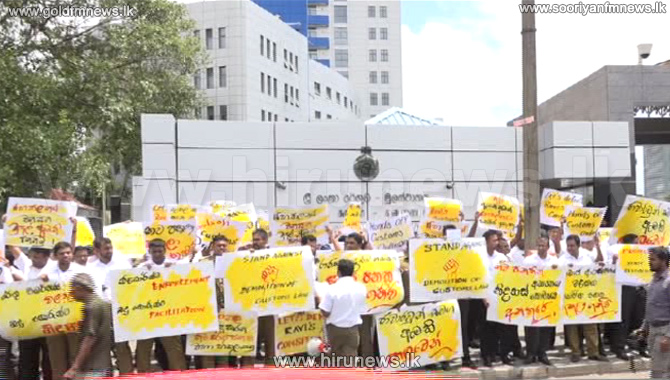 Four days have elapsed since the commencement of a trade union action by trade unions of the Customs against the proposed Customs Act.

The striking unions stated that the government is losing a daily income of Rs. one billion due to their trade union action.

Meanwhile, Finance Ministry announced yesterday that the ministry will recruit retired Customs officers with immediate effect to ensure the smooth function of the Custom Department.

At the same time, the Joint Opposition stated in a media conference held in parliament complex today that the government is trying to suppress trade unions instead responding to their demands.

Meanwhile, the Finance Minister has sent a letter inviting the trade unions of the Customs for a meeting on the 27th.