Payment of Rs. 255 million due from Avant Garde Maritime, written off 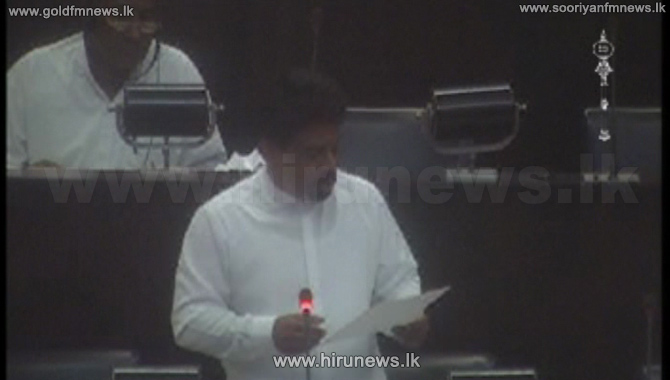 The JVP says that a report should be submitted to parliament with regard to the written off of a due payment of Rs. 255 million by Avant Garde Maritime firm to Rakna Lanka Security Service.

Chief Opposition Whip Anura Kumara Dissanayake questioned with regard to this action in parliament today and requested State Minister of Defence Ruwan Wijewardana to submit the relevant report to parliament.

Meanwhile, Speaker Karu Jayasuriya told parliament today that the Supreme Court has informed him that the Nation Building Tax (NBT) Amendment Draft Bill is in accordance with the constitution.

The first report of the Committee on Public Accounts was presented to parliament by its chairman Deputy minister Lasantha Alagiyawanna.

In addition, Speaker Karu Jayasuriya issued a warning to the MPs when house sat this morning.

The warning was issued after making a statement with regard to the conduct of certain MPs inside the chambers yesterday.