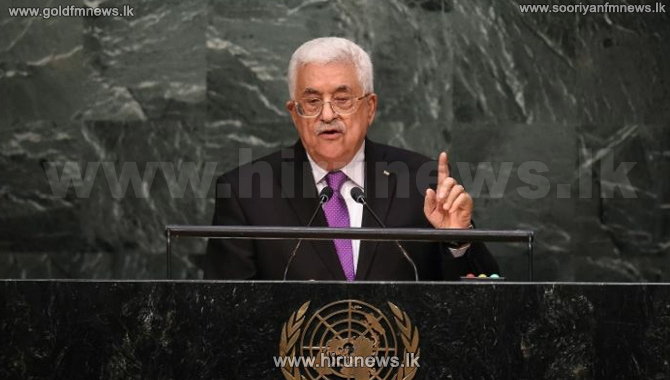 Palestinian Authority President Mahmoud Abbas told the U.N.General Assembly on Thursday that Israel's ongoing settlement expansion in the occupied West Bank was destroying any hope of a two-state solution to the long-running dispute between the Jewish state and its Arab neighbors.

"What the Israeli government is doing in pursuit of its expansionist settlement plans will destroy whatever possibility is left for the two-state solution along the 1967 borders," Abbas said.

Israeli Prime Minister Benjamin Netanyahu rejected Abbas' claims and said: "I am ready to negotiate all final-status [details], but one thing I will never negotiate is the right to a one and only Jewish state."

Netanyahu invited Abbas to address Israel's parliament, the Knesset, and said that, in return, he would like to speak directly to the Palestinian Legislative Council.

The Palestinians have rebuffed Netanyahu's past offers for such meetings, saying his hard-line position on all core issues made dialogue impossible.