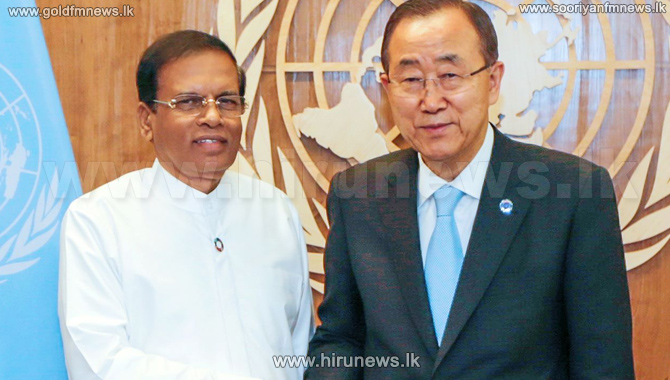 At the 71st United Nations general assembly, the UN Secretary General and the USA offered accolades to the progress Sri Lanka has achieved under the current Government.

Reports from the UNGA state that, in addition, the Indian and the Canadian delegations participating in the session also praised Sri Lanka.

In addition during the discussion held with the US Secretary of State John Kerry, he promised President Maithripala Sirisena, that the US will continue to provide assistance.

Meanwhile, the Canadian delegation said that its attention had been drawn on the reconstruction activities currently taking place here in Sri Lanka.

It was also mentioned that the Canadian government had expressed its pleasure with the progress being made here.

The 71st United Nations general assembly will conclude on 28th this month, until which time the world leaders will continue discussions on sustainable development.