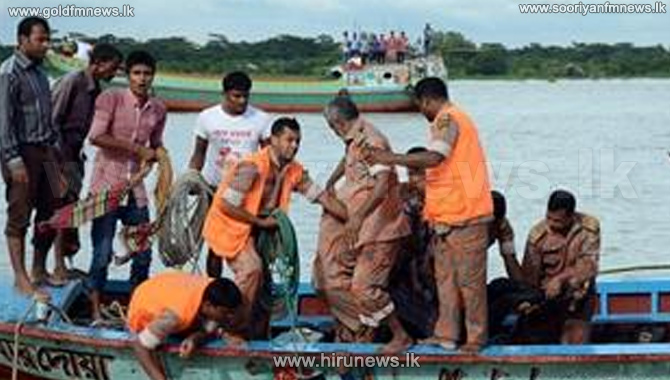 The death toll from a boat accident in Bangladesh has risen to 18, with rescuers pulling five more bodies from the vessel, police said on Thursday.

Rescuers found the bodies of four children and a woman inside the hull after the boat was salvaged from the Shandhya River in the district of Barisal, SM Akhteruzzaman, the district police chief, said.

The ML Oishi went down on Wednesday with roughly 60 passengers on board when it was about to anchor at Dasherhaat station, some 110 kilometres south of the capital Dhaka.

Akhteruzzaman said that according to the relatives of passengers, eight people were still missing.

Most of those onboard were able to swim ashore while five passengers were rescued, he said.

Many of the boats plying Bangladesh's waterways do not maintain passenger registers. Accidents are frequent in the country which is criss-crossed by more than 300 rivers.