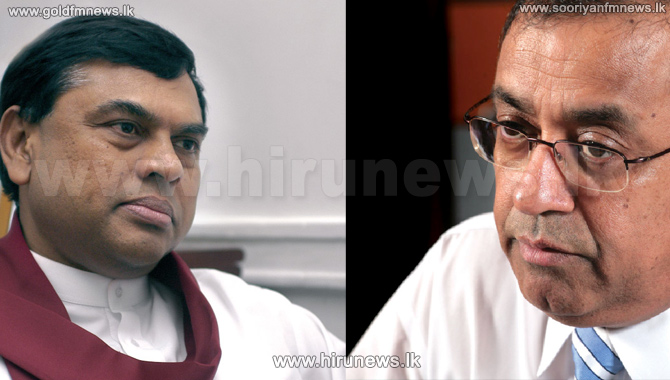 Both Basil  Rajapakshe and PB Jayasundera were summoned by the Commission with regard to investigation in connection with the misappropriation of 155.4 million rupees of the Divi Neguma Department to pay domestic air travel expenses.

Meanwhile, investigations to the extravagant ceremony organized to fill water to the new Hambantota harbor and its opening that cost the then government 130 million rupees were concluded today.

Actor Jackson Anthony and a former Port Authority Chairman Priyath Bandu Wickrama appeared before the Presidential Commission of Inquiry today too with regard to this investigation.

The Special Presidential Commission of Inquiry on Massive Fraud and Corruption initiated investigations following a complaint which cited that funds for the ceremony has been spent without the approval of the Port Authority Director Board.

It also stated that such spending has been made with total disregard to the Port Authority annual budget.