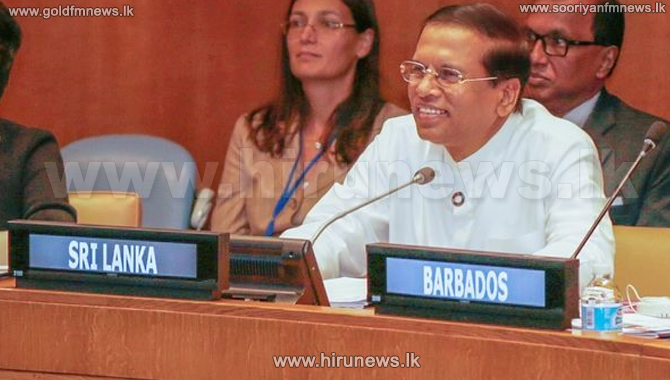 President Maithripala Sirisena says that his government anticipates make the country’s future prosperous on the strength of the success of its foreign policy.

The president expressed these views during a special media conference held in New York yesterday.

Addressing the media, Ministers Mahinda Samarasinghe and Mangala Samaraweera said that the Sri Lankan delegation was highly regarded at this year’s UN session.

At this moment, journalists asked to comment on the criticism made recently by MP Dallas Alahapperuma on the UN Secretary General’s statement with regard to Sri Lanka.