Vital information regarding Ganja racket in the North revealed; Another 73kg of Ganja found from Mullaitivu 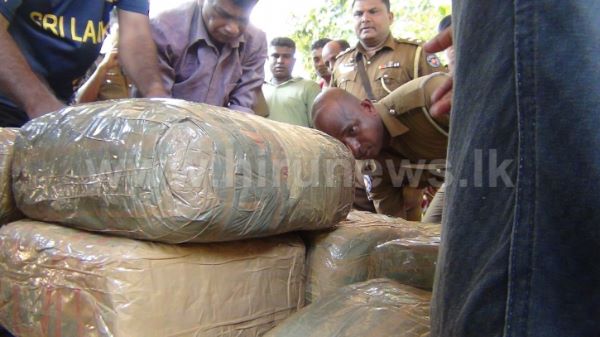 The Police Narcotics Bureau stated that it has commenced an investigation with the cooperation of the Indian Narcotics Division with regard to the Kerala Ganja being smuggled from India to the northern area via sea routes.

A spokesman of the Bureau noted that it has uncovered details of several Sri Lankan and Indian individuals linked to the drug racket.

Meanwhile, 73 Kg of Kerala Ganja has been found by the Police while being transported in a Three Wheeler in Mullaitivu.

However, three suspects who were travelling in the Three Wheeler had fled the scene as Police approached the vehicle.