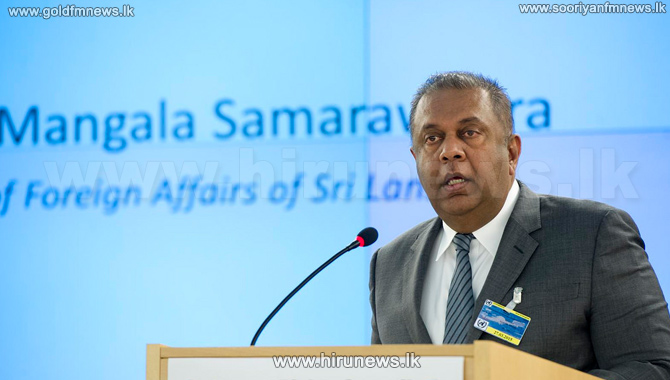 The Minister was addressing the Pledging Conference for the Secretary-General’s Peacebuilding Fund in New York.

Minister Samaraweera stated that Sri Lanka has been working closely with the Peacebuilding Support Office especially since January 2015.