Operation to chase off elephants in Matale, commences 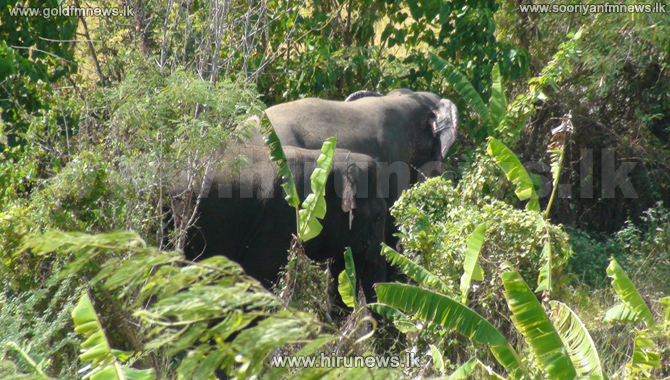 The operation to chase off wild elephants in certain areas of the Matale district which was halted due to protests by area residents, has commenced again.

The deputy director of wildlife in charge of the zone N.W Wickramasinghe stated that officers from the Elahera Wildlife office have been deployed for the operation.

A herd of wild elephants roaming about in the area has affected the livelihood of people belonging to Matale, Pallepola, Ambanganga-Korale and Nawula divisional secretariats while attacks by wild elephants resulted in the loss of lives as well.

20 officers were deployed on the 17th of this month for the commencement of the operation, which had to be halted due to protests by residents.