Cigarette price to be increased up to 50 rupees margin; Proposal to be presented before cabinet in two weeks 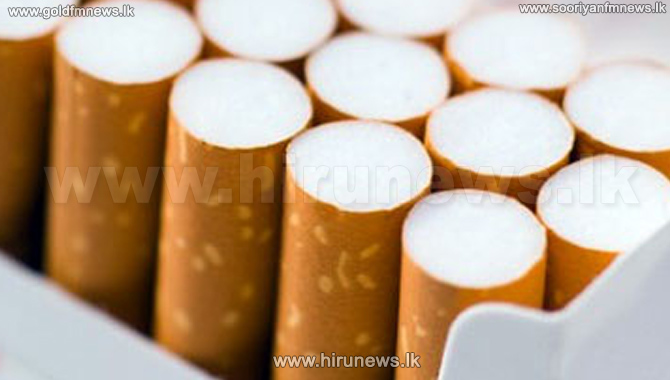 The Alcohol and Drug Information Centre, the ADIC, says that the price of a cigarette will reach the margin of Rs. 50, if the price is increased by Rs. 5 and a 15% VAT is imposed on cigarettes.

Director of the ADIC, Sampath de Seram noted that this move would mark the history’s highest price increment in cigarette.

Health Minister Rajitha Senaratne stated that a proposal to increase the price of cigarette by Rs. 5 and charge a VAT of 15% is to be presented before the cabinet in two weeks.

The minister stated this while participating in a recent commemoration ceremony of Professor Senaka Bibile.

In addition, the minister noted that the government is taking measures to introduce a dark packaging for the cigarettes which would not consist of attractive brand logos, symbols or colours.

The Director of ADIC, Sampath de Seram further noted that the pictorial warnings appearing on the current packaging will not be excluded, even after introducing the dark packaging without brand logos or colours.